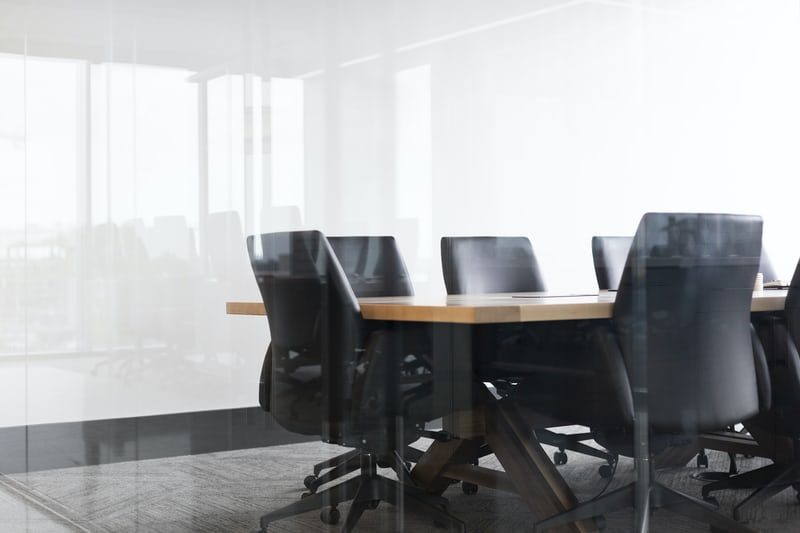 Question: I suspect my committee is meeting secretly and calling themselves a sub-committee, for the purpose of keeping proceedings of a significant matter away from residents.

Does this also apply to sub-committees?

I suspect my committee is continually meeting without informing residents and calling themselves a sub-committee when they do meet, for the purpose of keeping proceedings of a significant matter away from residents.

Answer: You will need to check your Community Management Statement which will likely permit sub-committees and list to whom and how notices of executive committee meetings are to be given.

Question: Is it ok to defer an AGM because of Covid-19? Many residents do not have internet so electronic voting will be difficult. If so, how long can it be deferred for?

Answer: If the Owners Corporation holds an annual general meeting once in every financial year, it will comply with the strata legislation.

Question: Our building is 38 lots. Is our strata committee required to post an agenda for ordinary general committee meetings to the notice board of the owners corporation?

Answer: While the notice is routinely sent out by post to owners, tenants must be given notice either by post OR by displaying it on the notice board.

The relevant section for non-large strata schemes is Schedule 2 – while the notice is routinely sent out by post to owners, tenants must be given notice either by post OR by displaying it on the notice board:

7 Notice of general meetings other than first AGM

11 Notice to be given to tenants

Question: Can I appoint an agent to receive all correspondence including owners corporation meetings information and levy notices? My strata manager insists this must go to the registered owner.

I will have my son living and managing my unit. I, therefore, want all correspondence including owners corporation meetings information and levy notices to go directly to him.

My strata manager states that this is not allowed and all correspondence must go to the registered owner.

Surely this cannot be correct. I understand that I am ultimately responsible, however, I wish to exercise my right to appoint an agent for this correspondence.

Answer: You are correct. You are entitled to appoint an agent to receive notices.

You are correct. Under Section 155 below (emphasis added), you are entitled to appoint an agent to receive notices.

Question: Are there rules concerning the actual time of day when an AGM is held?

What are the rules around owners corporation meetings, specifically concerning the actual time of day when an AGM is held? Last year our AGM commenced at 3 pm with the consequence that only 7 out of 24 lot owners were able to attend.

Answer: The timing should not “intentionally” be selected to prevent certain owners from attending.

Though the strata legislation is silent on the point, some general rules do apply.

Question: What are the requirements for regular Owners Corporation meetings?

I have recently bought and moved into a villa in a complex of 4 lots. I am used to living in strata units but am horrified that there are no Owners Corporation meetings throughout the year and only one very brief AGM (5 minutes according to the report I read).

Is this legal? I have contacted the Strata Manager and asked for a meeting, but have had no reply.

Answer: If you feel there have not been enough owners corporation meetings to discuss matters pertaining to the building you may, with lot owners, requisition a general meeting.

An Owners Corporation are required to meet annually. This meeting is referred to as the Annual General Meeting (AGM).

At each AGM the Owners Corporation must consider and decide on the statutory standard motions.

It is very common for an Owners Corporation to hold multiple meetings in order to consider repairs and maintenance and make decisions regarding the building in general. This is due to the fact that no decision of the Owners Corporation is deemed a decision unless made at a properly convened meeting.

If you feel that there have not been enough Owners Corporation meetings to discuss matters pertaining to the building, you may get together with other owners to requisition a General Meeting. Persons entitled to vote in respect of lots, the total unit entitlement of which is at least one–quarter of the aggregate unit entitlement, can requisition the convening of a general meeting with the proposed motions that are submitted pursuant to:

Question: Our secretary does not issue a notice and agenda details of the meetings to owners on our notice board or by any other means. By breaching committee secretary duties, are the owners corporation meetings and decisions still valid?

I am a committee member in our strata scheme and I have concerns that the decisions/resolutions we make are invalid or null in void, because the secretary does not issue a notice and agenda details of the meeting to owners on our notice board or by any other means.

There are no minutes posted after the owners corporation meetings either. It has been the same with the 3 meetings we have had thus far.

My question is, by breaching committee secretary duties, are the owners corporation meetings valid and decisions made null in void and be legally challenged?

Answer: The failure to post minutes and give proper notice as required under the SSMA is a serious breach of the secretary’s duties.

It is difficult to respond to this question without knowing which decisions the executive committee actually made but haven’t recorded or distributed minutes in relation to. We will assume that you do not have a strata managing agent.

The failure to post minutes and give proper notice as required under the SSMA is a serious breach of the committee secretary duties:

22 What are the functions of the secretary of an owners corporation?

The functions of a secretary of an owners corporation include the following:

While the SSMA has provisions to nullify incorrectly held general meetings as per the below, no corresponding provisions appear for executive committee meetings – however, a disgruntled owner could seek orders under an adjudicator’s general powers under Section 138 of the SSMA.

Our strata manager told me she doesn’t have to distribute the General Meeting minutes until two weeks before the next General Meeting. I’m sure the Act states 14 days from the date of the General Meeting. She now refuses to enter into a discussion about the requirements for owners corporation meetings and will no longer reply to my emails.

Answer: Your strata manager’s position regarding the distribution of general meeting minutes is totally incorrect.

Your strata manager’s position regarding the distribution of minutes is totally incorrect if your scheme is not a large scheme.

You may wish to bring point about owners corporation meetings to the attention of your strata manager.

Question: We feel our AGM minutes do not factually represent the events of the Owners Corporation meetings. How can we fix this?

We live in a Strata Complex in NSW.

When the Agenda for our AGM was sent out recently to the Owners, it stated that the decision making powers of the Executive Committee be limited.

In the Minutes of the AGM it reads that there are no restrictions placed on the decision making powers of the Executive Committee.

No one at the meeting remembers discussing changing the Executive Committee’s power to No Restrictions, even though I feel this is something we would remember.

I asked our Strata Manager about the minutes, who at the AGM put forward the change from limited to no restrictions, and who second it? The Strata Manager will not communicate this information.

Is it correct procedure to change this without a vote from the Owners Corporation and is an owner entitled to the information on who put forward the change?

Answer: You will have an opportunity at the next general meeting to correct the position.

(1) The following matters must be included in, or accompany, the notice given of all general meetings:

(a) a form of motion to confirm the minutes of the last general meeting of any kind,

At the next general meeting, there will be a form of a motion to confirm the minutes you state erroneously recorded the limitations on the strata committee. This will be your opportunity to correct the position.

Question: I was always of the opinion that discussion and confirmation of the previous minutes was just a procedural thing and did not require a motion to be put.

I have read your template for the Agenda for AGM of Strata in NSW and Your template does not allow for any discussion on minutes of the previous meeting.

We had our AGM the other day and the chairperson (representative from Strata Agent, not our normal strata manager) would not allow any discussion on business arising from previous minutes as they said there should have been a motion presented to the meeting.

I believe this was done to shut the meeting down as they were aware there was unrest as to how the Management Agreement was signed last year (for 3 years), the seal was affixed to undated contract, signed by persons not nominated by meeting, witnessed when the contract had already been signed.

I was always of the opinion that discussion and confirmation of the previous minutes was just a procedural thing and did not require a motion to be put. They would not allow a motion from the floor either as they said it had to be on the agenda.

Answer: You are correct. The old and new legislation require a motion of confirmation of the previous minutes.

You are correct. The old and new legislation require a motion of confirmation of the previous minutes. It is difficult to imagine that confirmation could occur without some form of discussion.

Should you wish to challenge the appointment of the subject strata manager, you should seek specialist legal advice.