Home » NSW Q&A: Can We Have BBQs or a Small Fire Pit on the Apartment Balcony 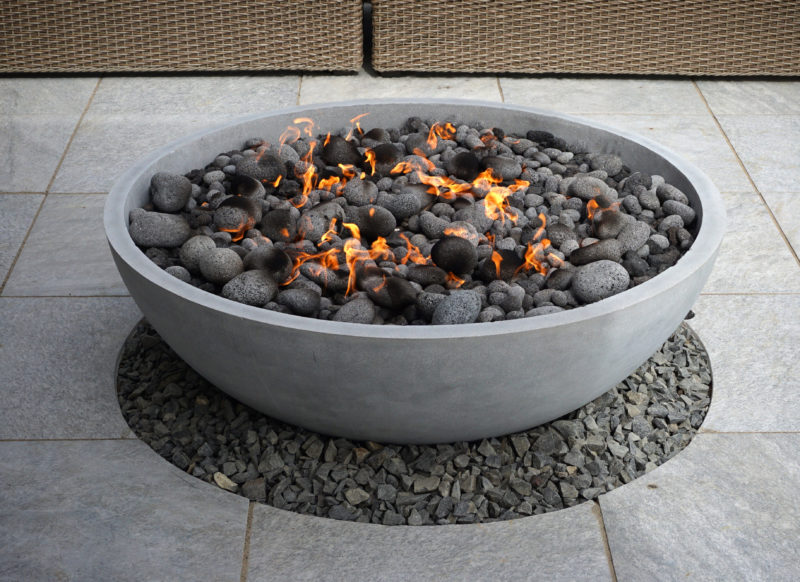 Now the evenings are getting cooler, we are wondering if we can set up a small fire pit on our balcony.

We have units and balconies both above and below us.

Answer: You will need to check your by-laws.

You will need to check your by-laws for any specific prohibition, but, an open fire seems to be an inherently hazardous item which may impact on the insurances for the building. Further, the fire could cause nuisance due to smoke drift. If your building has combustible cladding, you would be creating a fire risk. Many schemes have a standard by-law 11 which requires written permission from the Owners Corporation to keep flammable “materials” within the lot.

11 Storage of Inflammable Liquids and Other Substances and Materials
An owner or occupier of a lot must not, except with the prior written approval of the owners corporation, use or store on the lot or on the common property any inflammable chemical, liquid or gas or other inflammable material.
This by-law does not apply to chemicals, liquids, gases or other material used or intended to be used for domestic purposes, or any chemical, liquid, gas or other material in a fuel tank of a motor vehicle or internal combustion engine.
Your best course would be to apply for permission from your strata manager and this may necessitate the creation of a by-law to regulate your use of a fire-pit if approval is obtained.

I understand that the NSW Department of Fair Trading on their website claims that its fine for occupiers in an apartment to have a BBQ cooker on their balcony but it’s silent when it comes to mentioning about having a By-Law.

However, in an article that was published on 5 July 2018 by Eric Hahn – General Manager of Elgas – ‘Balcony BBQ – Using a Gas BBQ on a Balcony Unit’ a much more cautious approach ought to be taken by an occupier which includes amongst other things; checking to see if the Strata Complex has a By-Law in allowing a BBQ cooker on the Lot’s balcony.

I’ve also received information from a Strata Insurance Broker who stated that pursuant to statutory disclosure requirements of the Insurance Contracts legislation, it’s necessary that the Owners Corporation inform their insurer of BBQ’s that occupiers have on their balcony. This Broker also stated that the premiums will increase because of the potential hazardous risk of BBQs (especially those fitted with LPG bottles) pose. In addition, failing to notify the Insurer of occupiers in a Strata Complex using a BBQ will compromise the existing Owners Corporation’s Insurance Policy.

I’ve raised this with our strata committee and some members believe a By-Law is unnecessary and they are unconcerned about reporting BBQ’s on lot balconies to our Insurer. I feel they are ignoring that this matter should be addressed at an Owners Corporation meeting and not a matter that is addressed exclusively by the Strata Committee.

I feel these members have failed to consider those individuals with an acute sensitive adverse reaction to smells which is a recognised medical ailment and these smells include cigarette/tobacco smoke and cooking odours from a BBQ.

Can the Strata Committee be effectively sued by a Lot Owner or Lot Owners pursuant to s.37 Strata Management Act (NSW) 2015, for failing to act with due diligence in not having this matter addressed at an Owners Corporation Meeting such as EGM or AGM?

And still on s.37 of the aforesaid Act, if a BBQ cooker becomes a fire hazard as explained in the article by Eric Hahn, will the Strata Committee Members be held liable to pay for any damage caused because of the failure to disclose to the Insurer occupiers having BBQs on their apartment balconies?

Answer: Many schemes do have a by-law regulating (sometimes prohibiting) the use of portable BBQs on the balcony for safety and smoke drift purposes.

Leanne Habib: We have never heard of there being a positive duty to inform an owners corporation’s insurer of the presence of BBQs at the scheme and we can not see that the presence of BBQs is inherently more dangerous than gas cooktops or heaters. The owners corporation has a duty to notify an insurer of risks, however, in our view, BBQ use is quite standard and widespread.

That said, many schemes do have a by-law regulating (sometimes prohibiting) the use of portable BBQs on the balcony for safety and smoke drift purposes.

You should contact your insurer and confirm the specifics for your strata scheme and propose the implementation of a by-law to regulate safe use of BBQs and smoke drift regulation.

Tyrone Shandiman: From an insurance perspective, notifying an insurer of the presence of BBQs on lot owner balconies is not something we have ever been requested to provide.

Should the insurer seek to deny cover for failure to disclose the presence of BBQs on apartment balconies the body corporate may have protection under Section 21 of the Insurance Contracts Act 1984 which states:

Whether or not the committee can be sued is a matter for the solicitors and the courts to decide at the time of a claim looking at the facts of the case.

None-the-less office bearers may be covered by Office Bearers Liability insurance (if it is taken out in the policy) should legal action be brought for their actions as an office bearer.