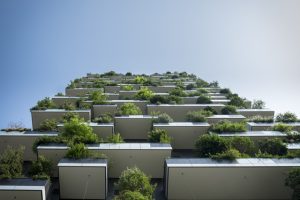 We wanted to provide you with this update regarding the implementation of the NSW Residential Developer Bond and Defect Inspection Regime. This ‘Developer Bond Regime’ was to be introduced by the new Part 11 of the Strata Schemes Management Act 2015 (NSW), which came into effect on 30 November 2016.

The regime entails the provision of a 2% bond by developers engaged in residential building work associated with the creation of a strata scheme, and a defects inspection procedure that provides a trigger either for the ability of the strata scheme to call on that bond, or for the return of the bond to the developer.

This legislation was originally announced to start 1 July 2017. The commencement date has now been revised to 1 January 2018.

The main reasons for this delay are as follows:

Since 2016 Standards Australia has been working with a group of industry experts to develop a new national standard known as AS4349.2 – Group titled properties. The standard is important as it will form part of the defect inspection report that is applied by the scheme. Unfortunately, the standard is not complete and unlikely to be finalised by Standards Australia until after July 2017.

Furthermore, over the past five months NSW Fair Trading has been engaging with peak bodies in the legal, strata and building sectors to prepare for this scheme. Fair Trading acknowledges stakeholders’ continued support for the scheme but also notes feedback that the July 2017 commencement date would not afford some participants with sufficient time to develop their supporting processes and procedures.