Home » Common Questions » What are the rules around smoking in strata buildings? 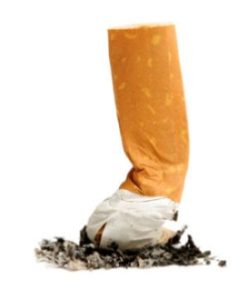 The new legislation introduced in NSW in November 2016 has recognised that smoking may cause nuisance or hazard to another person. Further, it has introduced a new model by-law (which must be adopted) regulating smoke drift.

It offers two options to restrict smoke penetration in by-laws. If neither option A or B is selected, option A will apply.

So, for example, if Option A were adopted, smoking would be permitted within an individual’s apartment provided that no smoke escaped into another apartment or into common areas.

Breach of a by-law and penalties

In NSW, residents in breach of any by-law risk that the Owners Corporation makes an application to NCAT for the imposition of a civil penalty for breaching the by-law. Such penalties are quite severe. This penalty carries a monetary penalty of up to 10 penalty units (which is $1,100). A repeat offender (ie one who was fined $1,100 and breached the by-law again within 12 months of being fined) can be fined $2,200.

Any owner who is in breach of the occupancy limits set out in the legislation are potentially liable to fines of $5,500 and $11,000.

In the event that an owner breaches a NCAT Order to, for example, stop smoke drift, or remove an animal, Section 72 (3) of the Civil and Administrative Tribunal Act 2013 provides for a civil penalty. These penalties have increased to up to $11,000 for an individual and $22,000 for a corporation.

The new strata legislation has enacted a new restriction on by-laws, namely, that a by-law cannot be unjust, harsh, unconscionable or oppressive. Whether or not a by-law falls afoul of these restrictions is determined by NCAT. Further, any such by-law may be invalidated by NCAT.

Please note: This article covers legislation as per the Strata Schemes Management Act, 2015 (NSW), which was introduced on 30 November 2016. Any pre-dating articles on this website covering similar topics might no longer accurately reflect current legislation.

This article is not intended to be comprehensive nor does it constitute legal advice. The article provided is general and for your information and interest only.