The team at Kerin Benson Lawyers wrote an article on safety issues in strata titled buildings in Australia.They give 3 main reasons for why fire and life safety issues are still making headlines:

1.) The, what appears to be, endemic nature of building defects in buildings in Australia.

“In a survey completed by the City Futures Research Centre at the University of NSW, it was found that 85 per cent of respondents in buildings built since 2000 indicated that one or more building defects had been present in their schemes at some stage. While the existence of a building defects crisis is clear, the cause of this remains less so. Some argue the complexity of modern building designs lends itself more to building defects. Whereas previously many apartments could be described as “three-storey, red-brick walk-ups”, now many units include lifts, flat roofs, swimming pools, underground carparks, gardens on balconies, etc. Others argue that an over-reliance on building products such as waterproofing membranes rather than good design is also a cause of many building defects.”

2.) Secondly, with higher levels of fire and life safety required by the Building Code of Australia (BCA), unless building certification is completed assiduously, it’s likely that non-compliance with the BCA won’t be picked up.

3.) The third reason is a more recent phenomenon, which is the use of faulty building products in Australia. This includes the aluminium composite panels on the 23-storey Lacrosse building in Docklands, Melbourne, which caught fire and resulted in the evacuation of the whole building. 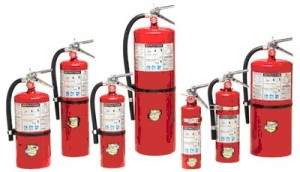 The article continues to explain how investors might protect themselves from these issues:

Firstly, check the strata file that annual fire safety statements (or equivalent) are being issued every year via the relevant authority.

Secondly, check the strata file that no government authority has issued any notice or order regarding non-compliance with fire and life safety standards

Finally, it’s better to be an owner in a larger apartment block than a smaller one if the building has fire and life safety defects. This is because larger buildings have more owners across which the expense of rectification can be spread, which tends to result in a lower average rectification cost per unit.